When is an electric car worthwhile? 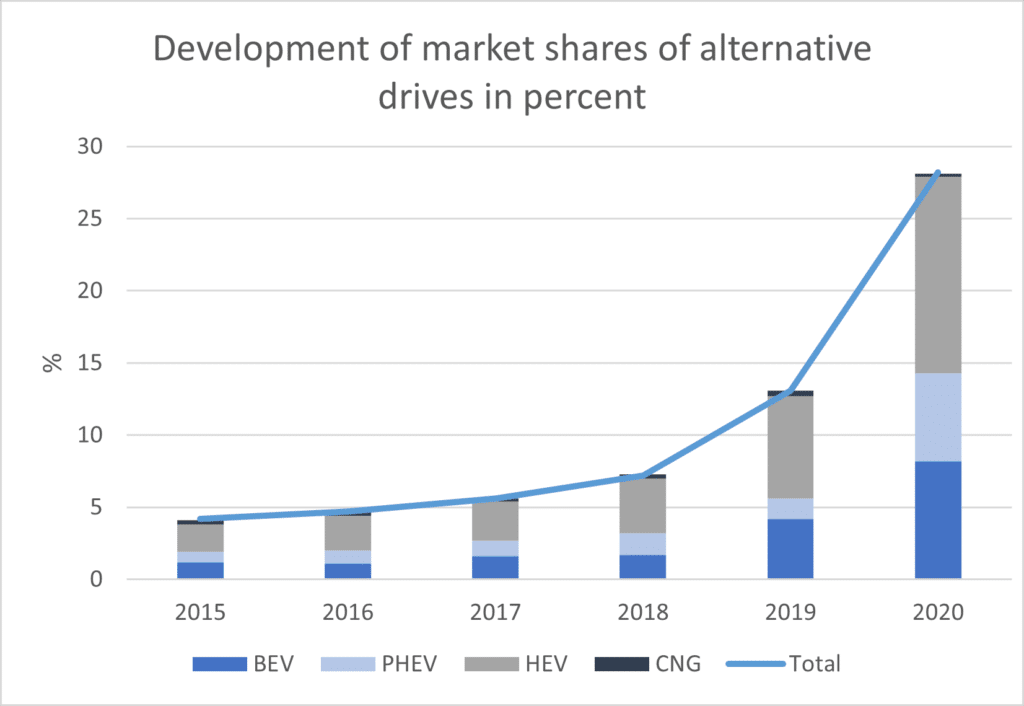 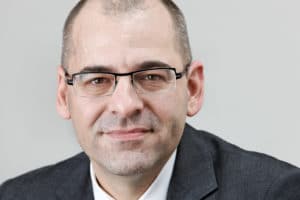 When purchasing new vehicles, environmental aspects are increasingly coming to the fore in corporate fleets. Support measures for alternative drives and energy-efficient vehicles, sustainability aspects in the corporate strategy and the constantly growing model selection facilitate the decision. However, there is still uncertainty as to whether alternative drives, such as electric vehicles, are also financially viable for the fleet and when the time is right for a change.

In the “Roadmap Electromobility 2022” of the Federal Offices of Energy and Roads, the goal is that the share of purely electric vehicles in newly registered passenger cars should be fifteen percent in 2022. Currently, it is just under 6%. It should be noted here that in 2020, probably due to the pandemic, significantly fewer vehicles were registered and this also affects the forecasts for electric vehicles.

Looking at the distribution within the alternative drive systems, the growth in hybrid vehicles in Switzerland was the highest overall.

How environmentally friendly is electric really?

A study conducted by the Paul Scherrer Institute on behalf of the Swiss Federal Office of Energy includes the total greenhouse gas emissions of the respective vehicle – during production and operation – in the “ecological tire footprint”. The conclusion of the study by Brian Cox and Christian Bauer is quite clear: electric cars are less environmentally friendly in production than conventional drives. However, the picture is different in terms of useful life: between 50,000 and 100,000 kilometers driven, the balance of pollutants evens out. In the long term, electric cars are the most environmentally friendly option – and even more so if they are powered by green electricity.

And what about the costs?

Looking at the financial aspects, an interesting constellation also emerges. The example looks at the TCO – total cost of ownership – of three small cars, two of which are electric vehicles and one of which is a gasoline-powered vehicle, in terms of mileage. At low mileages, the internal combustion engine performs more favorably than both electric vehicles in terms of TCO. From a mileage of 20,000 kilometers, the picture already changes: one of the two electric vehicles has the more favorable TCO from this mileage.

If the TCO is calculated without fuel costs, the car with the combustion engine is consistently below the TCO of the two electric vehicles. This shows that electric vehicles pay off on the cost side from medium to higher mileages. Although the electric drive is still expensive to buy, it performs significantly better than the internal combustion engine in terms of maintenance and, above all, fuel costs.

If one takes into account that the prices for lithium-ion batteries have fallen by 87% in the past ten years and that this downward trend will continue, a further reduction in acquisition costs could be assumed – which will also be reflected in the TCO.

Is the range still a powerful argument?

Too short a range is a frequently cited argument for not switching to an electric drive. According to the latest “Microcensus Mobility and Transport” by the FSO and ARE, the average daily distance traveled by motorized private transport (in this case mostly by car) is just under 25 kilometers. Of course, this average value conceals short and long car trips.

But technology is improving all the time, and the average range has almost tripled in the past 6 years (from 127 km to 331 km). Assuming that optimized battery technology also shortens charging times, the range might not be sufficient for only a few drivers to cover their necessary distances in the future. This could be countered with more fast-charging stations.

Those who have the choice are spoiled for choice

Since 2012, the model range of alternatively powered PWs has expanded from eleven to over 118 model variants in 2020. By 2025, over 330 models have been announced by manufacturers, including numerous new all-electric vehicles (BEVs), fuel cell vehicles (FCEVs), natural gas or biogas vehicles (NGVs) and plug-in hybrid vehicles (PHEVs). In the case of BEVs, the manufacturers of the brands that already have a strong presence are planning to expand their offerings even further. 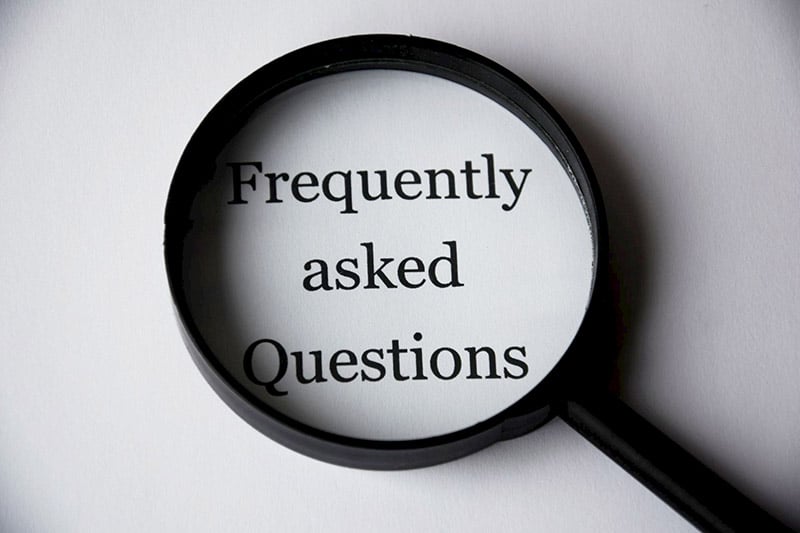 What really counts in the company fleet?

The vehicle fleet of a company not only represents an enormous cost pool, but is often linked to emotional decisions. Out of habit, people prefer 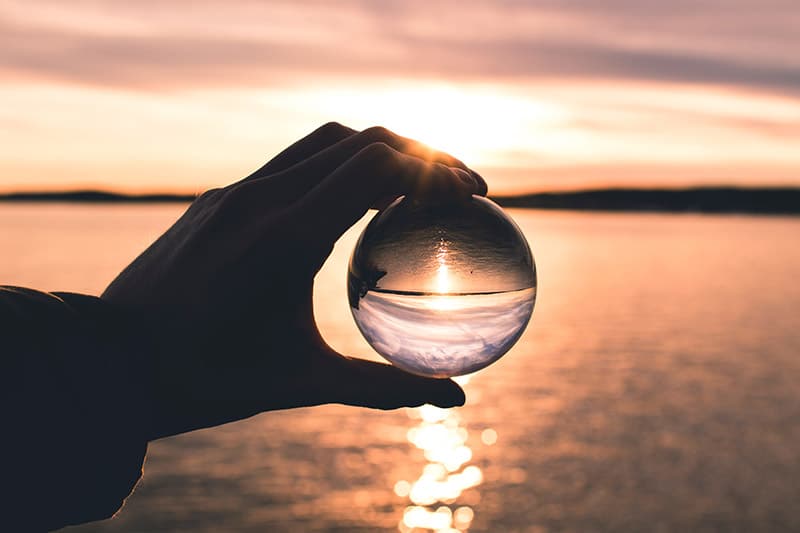 Would you like to review and reorganize your fleet, but do not have the resources for a lengthy tendering process due to different offers from 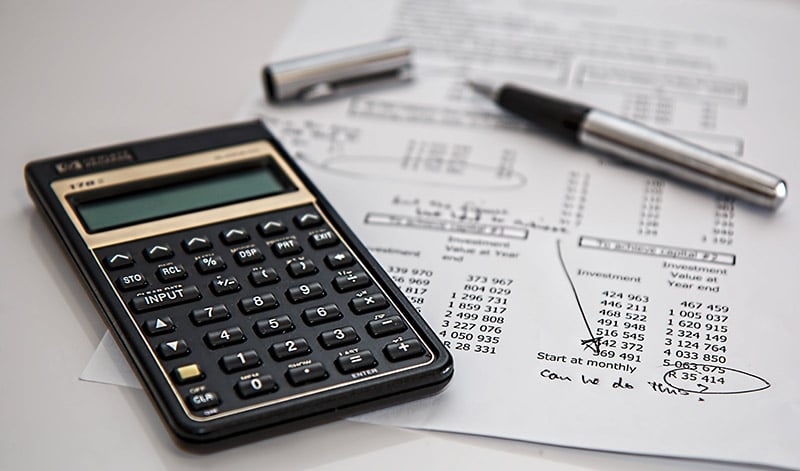 When did you last take a close look at your fleet costs? Are you already exhausting all possible savings potentials? It is often worthwhile to